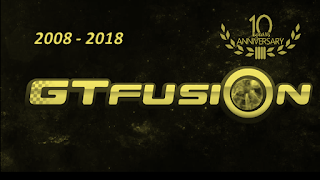 Inferno of the Team GTracing enters the staff and takes the lead of the organization.
In 2009 there are already several teams of different nationalities: GT5rs, GT-Club, GTplay for France, GTPT for Portugal, BTH for Hungary and PureGT for Northern Europe.
GT5rs_Apo won and GT5rs was Champion 2009
2010
In 2010 still on GT5p without private servers! Mcbly, Gismo and Swe1 (Current Goofy) integrate the staff and help to professionalize the organization.
This period on GT5 prologue will be the foundation of the whole philosophy of the GTfusion and the current regulation. To drive on public servers, without the possibility to set up races, without chat, without qualifications, without wear ... would be unimaginable today but was generator of Progress. 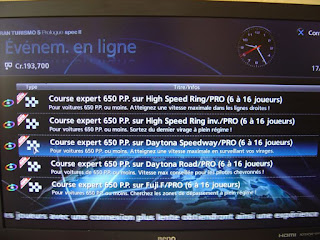 The rules of keeping the 3 best results on 4 races and minimum 4 pilots on arrival come from this time.
GT5rs_Toro won and Team GT5rs was champion for 2nd time in 2010

2011
With the arrival of Gran Turismo 5 we finally have the opportunity to set up lounges, qualifiers and almost private servers.
JM16V, XVI, Donco reinforce the staff. Mouse91 was lounge responsive
8 races are scheduled but only 7 will take place because the servers of Sony will be hacked.
The GTfusion is of interest to more and more Partners. The first will be Dunlop and soon Thrustmaster who just launched his T500rs.
The 2011 season will see the best races summarized and broadcast on Youtube. thanks to the excellent Nanaki.
The GTfusion is finally on social networks: Facebook, youtube, twitter ...
The GTfusion brand is registered
GT5rs_Apo won is 2nd title and GT5rs Team won the Championship 2011

2012 the year of transition
to a A Latin American Orange team joins us for the first time under the name of Evolution Latina But for the first time a Chilean will win a Group A race ... it will be a signal.
Team GTNF and Ti-Tech85 won the Championship 2014
format of 6 races per year.
Kev21gt5 integrates the staff. Thanks to XVI the GTfusion becomes the first to broadcast "Live" races GT5 on Twitch.
PureGT Team won the Championship and Sskila from GTracing is Champion 2012
2013 intense activity
In addition to the championship several special events are organized: Nascar with the 500 miles, 24 hours of the Nurb in GTR, Qualification Karting SWS. IRL events are also organized: Final Sodi World Series Karting with GTfusion drivers, 24H Eupener Karting with a GTfusion team. 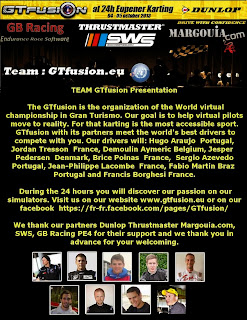 We are Margouia.com becomes our partner.For the first time a simracing race is broadcast on French television: Round 4-5-6 of GTfusion. 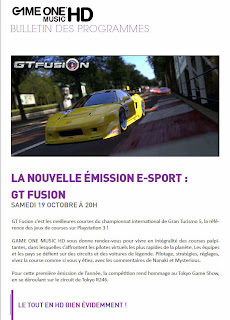 A Latin American Orange team joins us for the first time under the name of Evolution Latina and will become ORMA.
PureGT Team won the championship for 2nd time and Sskila won is 2nd title .

2014 the year of all records
There will be 12 groups in the first race! The GTNF team with the multi-world champion Ti-Tech85 joins us.
This team will win all and every round! never seen !
We will organize for our partners the Thrustmaster Challenge which will also be won by Ti-Tech85. 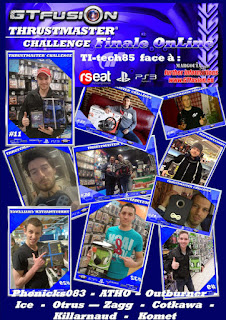 2015 the turning point
For the first time the league title leaves Europe for South America. A South American team postpones its first title. The ORMA are here!
The non-profit association law 1901 GTfusion is filed and registered.
Tadaoki joins us and supports streaming and broadcast management
XVI introduce ELO ranking in GTfusion
ORMA Team and ORMA_Perro from Chile won the Championship 2015
2016 continuity
In 2016 the GTfusion staff intensifies its demonstration activities in IRL with the Gamer Assembly, Drivers Arena, Cap Arena ....
Benny joins the staff and will be in charge of the development of the races regulations.
The TRL Team will even be the appearance with led by his multi World record men Immortal.
In the Championship a Chilean replaces another, the student exceeds the master .
ORMA_Snow is the Champion 2016 and ORMA team confirms his domination.
2017 GT Sport waiting on PS4
The presence of Hispanic teams intensifies with GTH, LSR and TSA

The last round will be held in parallel on GT6 and GT Sport. will become 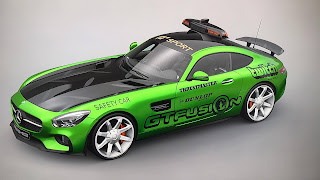 It is forbidden to leave the lounges during the evening. It is allowed to prepare and use two cars for the evening.


(For those responsible for the lounge: please remember to set these parameters.)

Friendly for the Staff 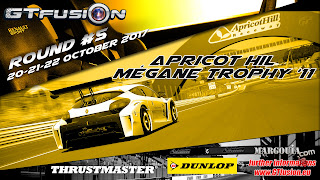 GTfusion Round 3 2017 AnnoucementIn the same philosophy as Gran Turismo we are going to make you relive the incredible double win in GT1 class of an exceptional car in 24 hours of Le Mans 1997Get ready! Racing Regards#granturismo #McLaren #Simracing #24heuresduMans #Mclarenf1 ﻿More info : https://www.gtfusion.eu/Forum_V2/viewtopic.php?f=19&t=39 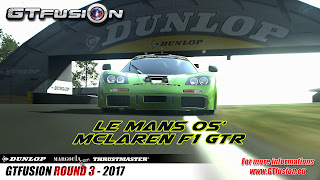 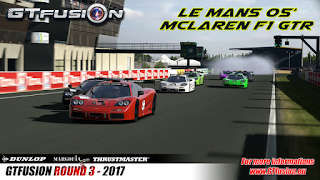 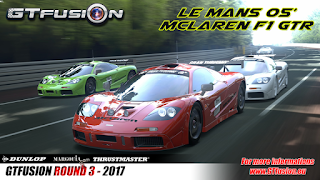 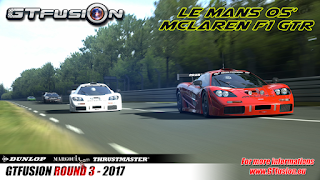 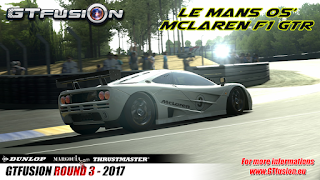 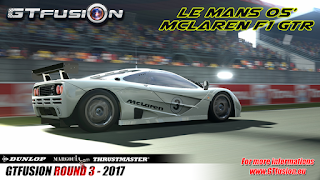 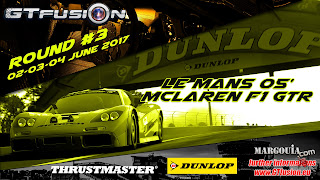